A national campaign to support cycling for all ages and abilities.

First, check if your Cllrs, TDs, Senators and MEPs are signed up yet — on the local and national list.

Templates are not recommended, it’s important to keep it personalised — tell them why you value Cycling for All and why it would be good for people in your area.

As a secondary action, please sign the  Cycling For All in Ireland petition. And make sure to share it with people you know.

Cycling for all ages and abilities

We want the reallocation of space, cycle networks built and better planning so that it is safe and attractive for people of all ages, from young children to retirees, to be able to cycle in both urban and rural areas across Ireland. To make this work, your help is needed — your voice matters more than you might think. Politicians need to hear this from constituents to know you care.

In the Netherlands today many people think the country always had its network of cycle route — the reality is that their streets used to look much like ours, and people had to fight for change:

Numbers of councillors, TDs, Senators, and MEPs who have signed up to CyclingForAll.ie by party, and the percentage of elected members signed up – check the list to see if your representatives have signed up yet.

Cycling groups from around Ireland which support CyclingForAll.ie: 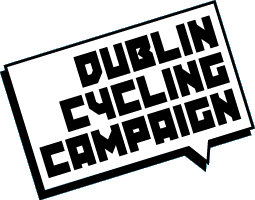 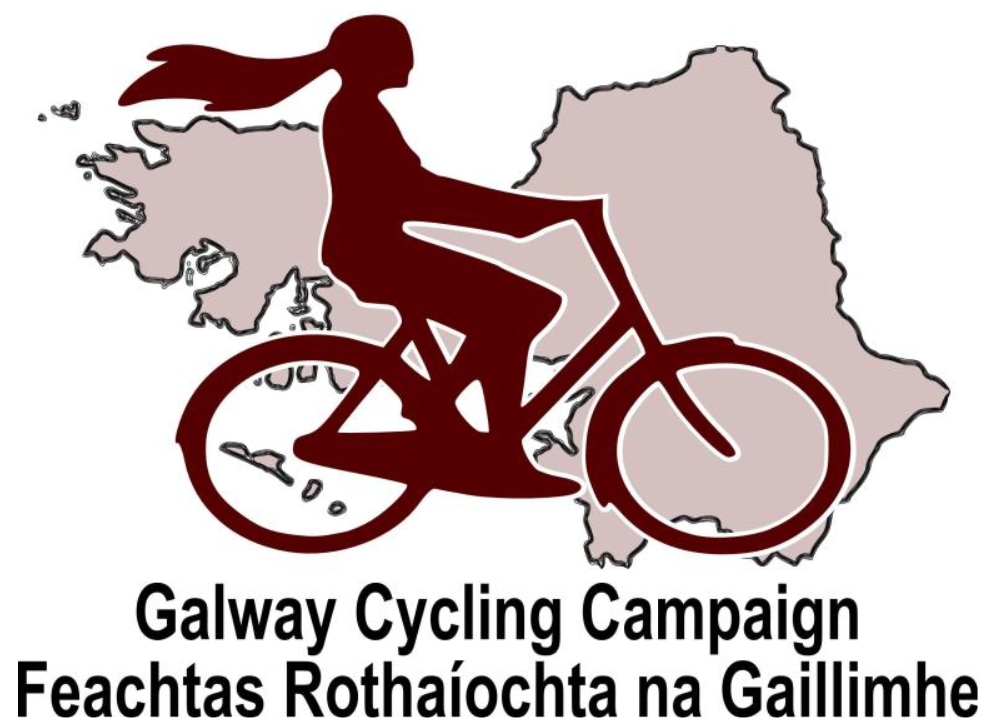 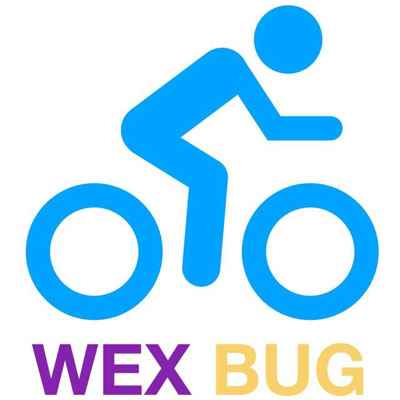 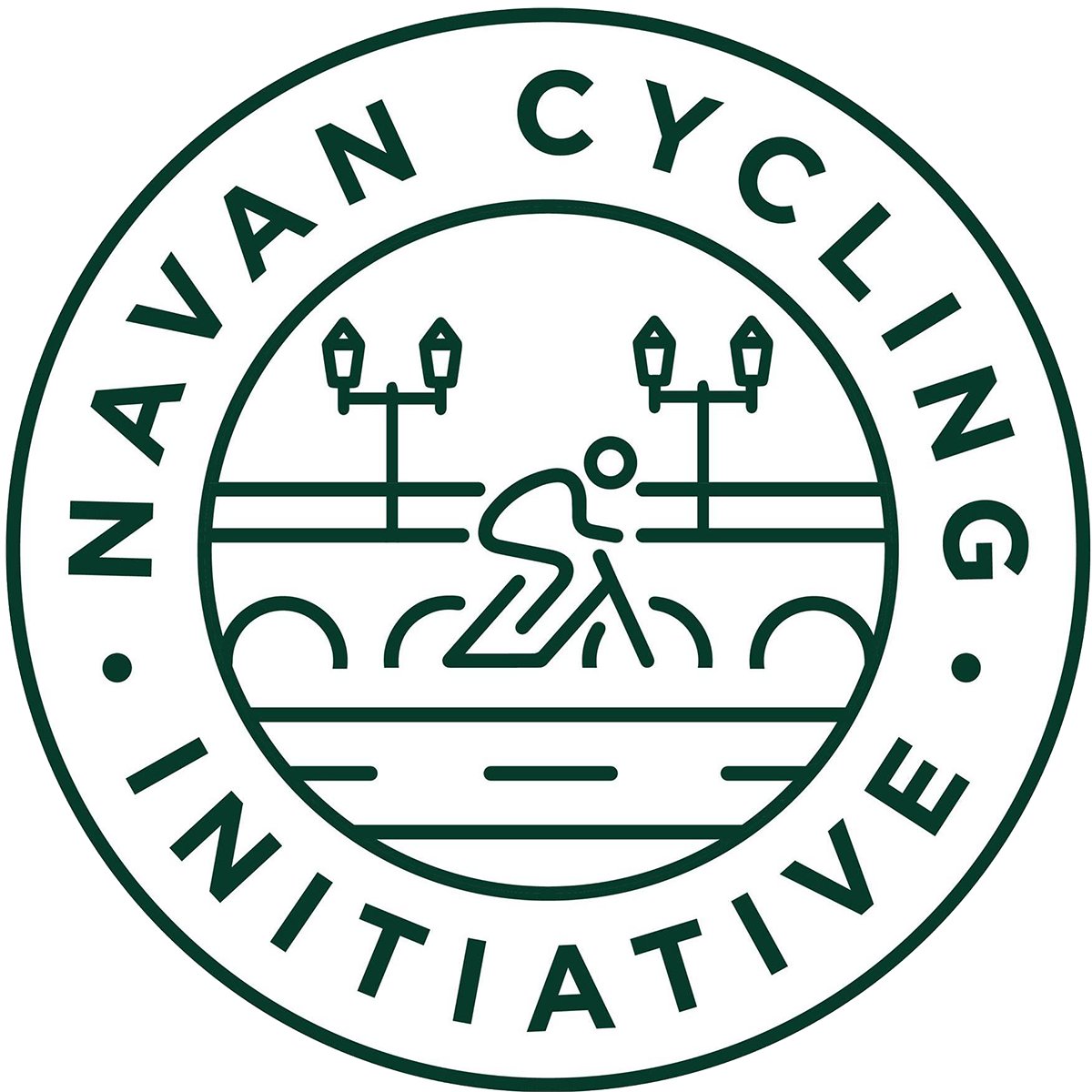 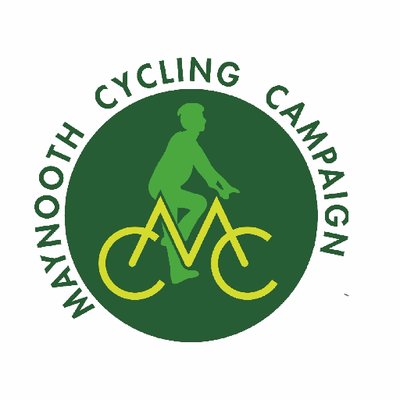 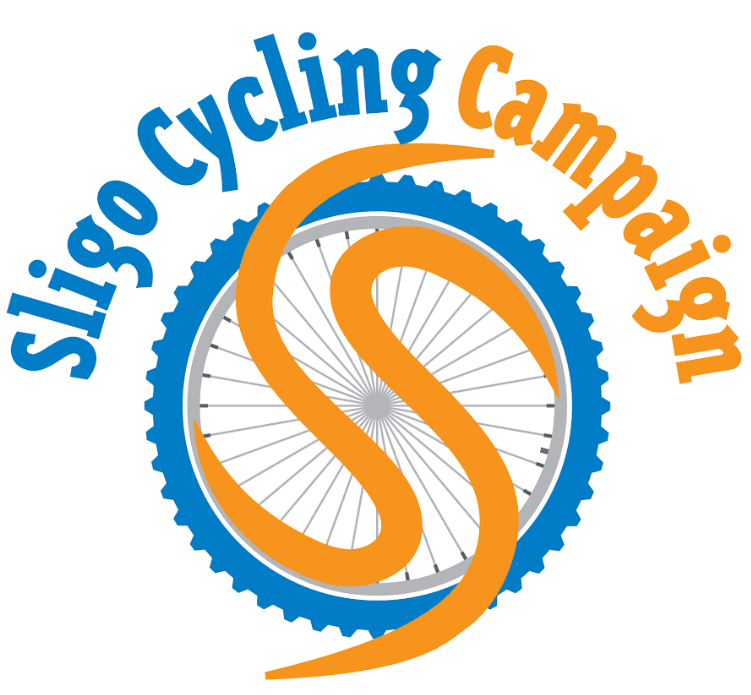 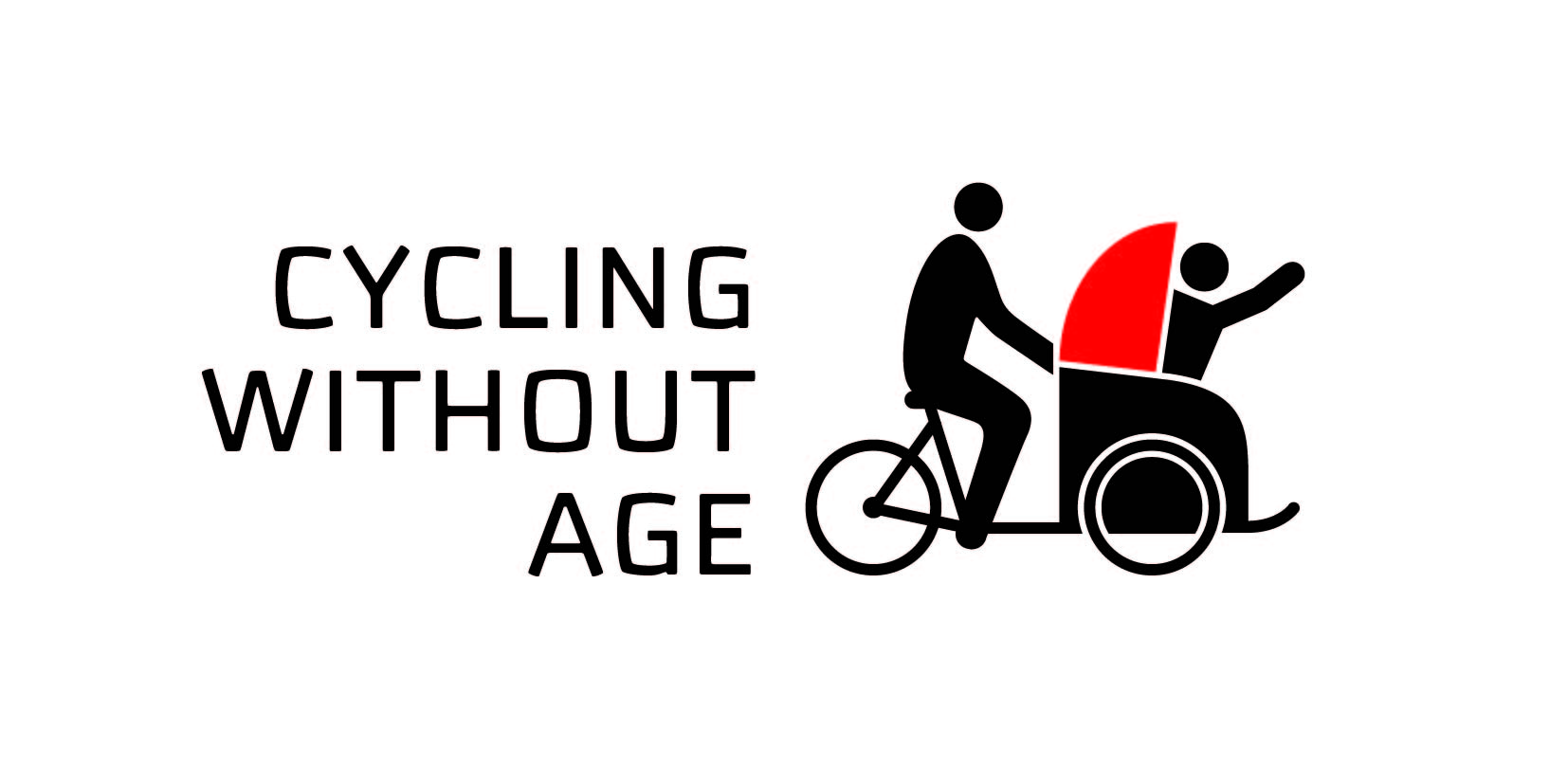 Cycling in Ireland is not currently attractive to most people — survey after survey shows the main barrier to cycling is fear of heavy or fast moving motorised traffic. Segregation is needed, but space, priority and quality is needed too to make cycling attractive.

Ireland has for too long tried a mix of UK and Danish cycle route designs. The design of new cycle routes remain lacking in quality, not connected enough and overall unsuitable to attract Cycling for All.

Watch 6.5 min video on how the Dutch got their cycle paths:

What is Cycling for All?

‘all ages and abilities’

Our aim is to have streets and roads which are design for cycling for ‘all ages and abilities’ — where walking and cycling are attractive, enjoyable and safe for everybody from young children to retirees and everybody in-between.

This also means the infrastructure is usable and accessible for users of wheelchair and other mobility aids, if the users opt to use the cycling or pedestrian areas.

See  wheelsforwellbeing.org.uk and
cyclingwithoutage.ie for example for a glimpse of the potential of cycling beyond standard bicycles.

Ireland needs to follow the cycling, general street design and planning processes of the Netherlands, where cycling for all is the norm. A number of visual examples of the issues and solutions are shown in the next section, while further detail can be found in ‘The Solution’ section below. 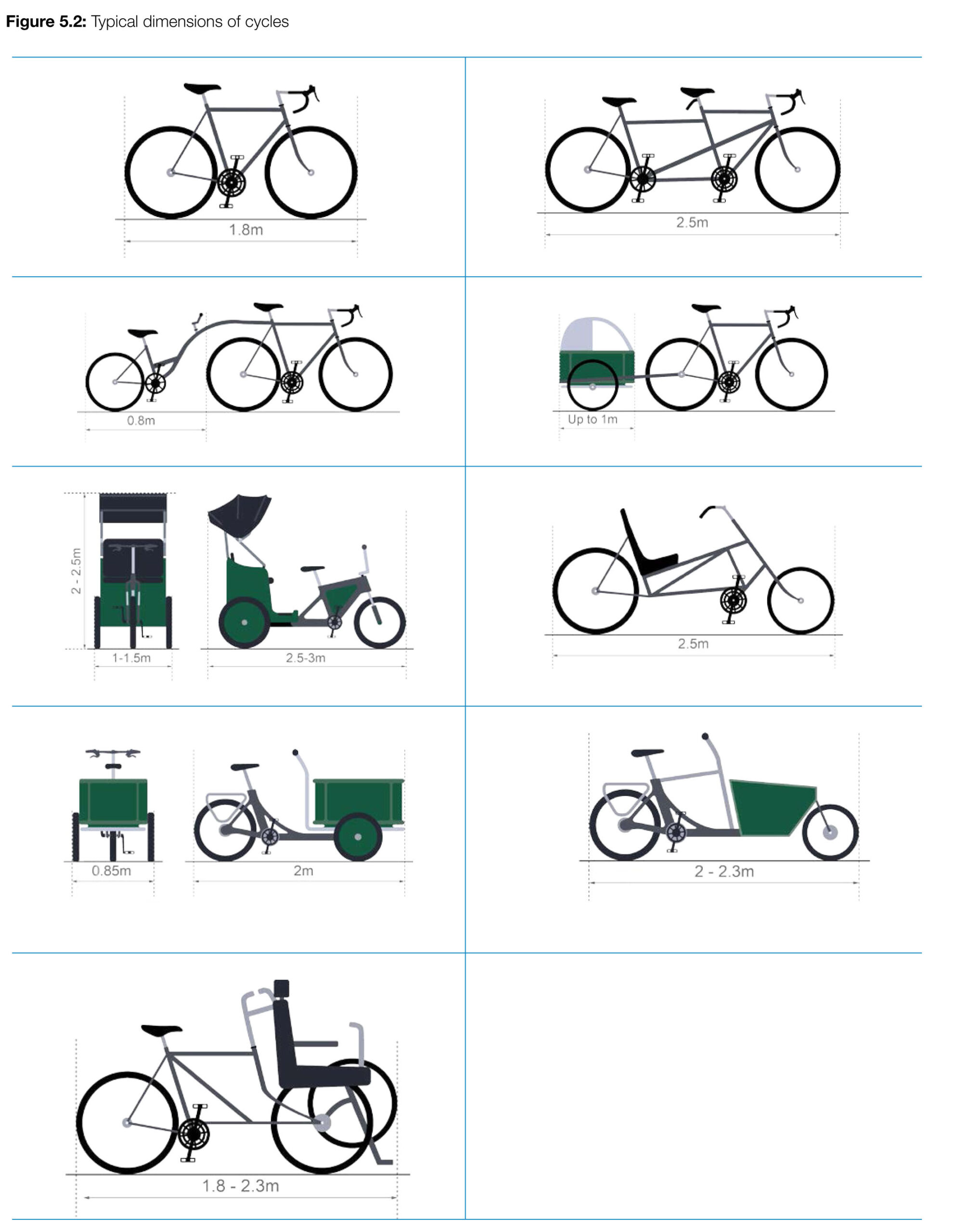 Why Cycling For All?

Making cycling attractive for people of all ages can help tackle inactivity which is now seen as a global public health crisis by baking physical activity into people’s day.

This will prevent heart disease, stroke, diabetes and breast and colon cancer, and hypertension. It is also associated with improved mental health, delay in the onset of dementia and improved quality of life and well-being.

Nearly 60% of trips taken nationally by people over the age of 18 are within easy cycling distances and many “parent taxi” trips (from the school run to sports) can be replaced with bicycle trips. Many of these trips across Ireland are more transferable to bicycles than public transport.

While not everybody is able to cycle at all or all the time, where proper cycle paths are provided a wider range of people will see it as an attractive option.

Dutch cycling experts point out that you don’t just need a good cycle path or two to get people to switch, but you need a high-quality networks of safe and convenient routes. Ireland is way behind on building such networks which are segregated and attractive.

There’s signs that design failures of the past are being replaced by new design failures. Higher investment, design improvements and political will are all needed.

Again while cycling will not suit everybody or every trip, no other mode of transport has the scope for freedom (or fun) for so many people of different ages and abilities.

Safe and attractive cycle networks allow children to have independence (first along side their parents and later one their own), parents are freed from taxiing their children around, people are free to avoid traffic jams in cities and busy towns, and give people the freedom to travel without the cost of other modes of transport.

At a national and local level we are asking individuals, politicians, government, state agencies and other groups to sign up to higher standards which are based on international best practice, and sufficient funding to back that up.

The main elements include:

► Space
► Priority
► Permeability
► Continuity and Quality
► Contra-flow
► Integration
► Funding for walking and cycling amounting to at least 20% of the national capital transport budget every year.

The idea is that individuals, councillors, TDs and groups who sign up will look to push for or adopt higher standards into plans, policies, and law at national, regional and local levels. Councillors should also strive to make sure these standards are upheld when councils are changing their areas and TDs should look to ensure transport funding is well spent on high quality projects.

National guidelines — including the Manual for Urban Roads and Streets, the NTA National Cycle Manual, the NRA/TII rural route cycle manual — are generally sound in principle. But these and other guidelines are lacking or flawed when it comes to many details and need to be partly rewritten to follow best the international design standards (to be clear: that’s mainly the standard set in the Netherlands).

All such manuals need to make it clear that it is mandatory to follow at least the basic safety principles when designing any road and street open to the public. It may also be advisable to put the oversight of these and other roads and streets design manuals under a single authority.

The details on this website are core to the CyclingForAll.ie policy. Without being watered down, the details need to be integrated into current design guidelines, law and any relevant policy documents. The points made on this site should generally be seen as complementary to most of the existing guidance, although where there are conflicts, the points made here must override existing guidance.

Do and don’t examples 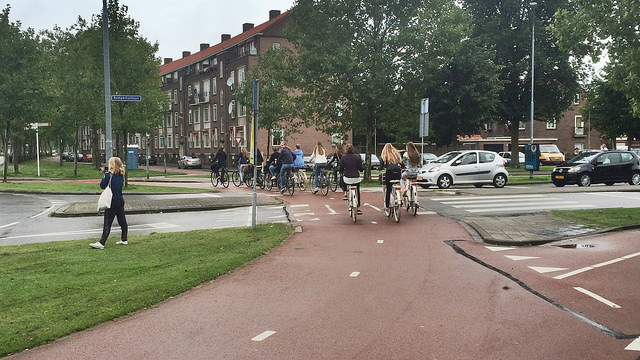 In urban areas cycle paths around roundabouts have priority, enabling children to cycle to school independently. 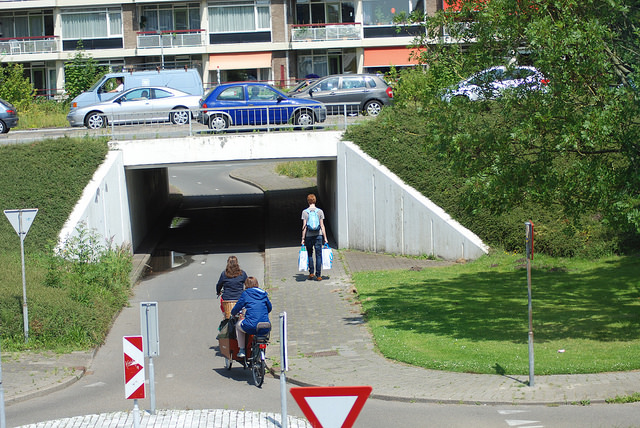 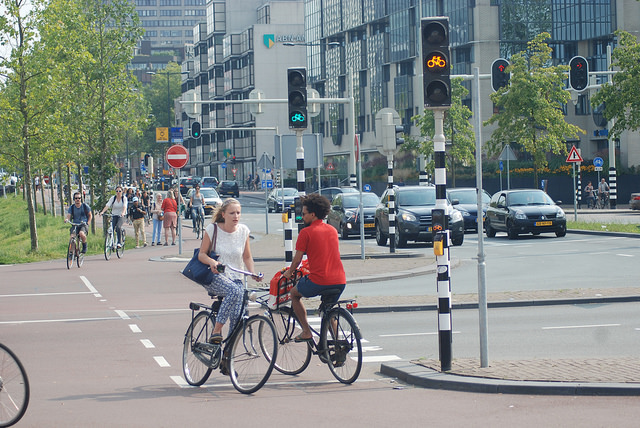 Cars and bicycles are kept separate at junctions. 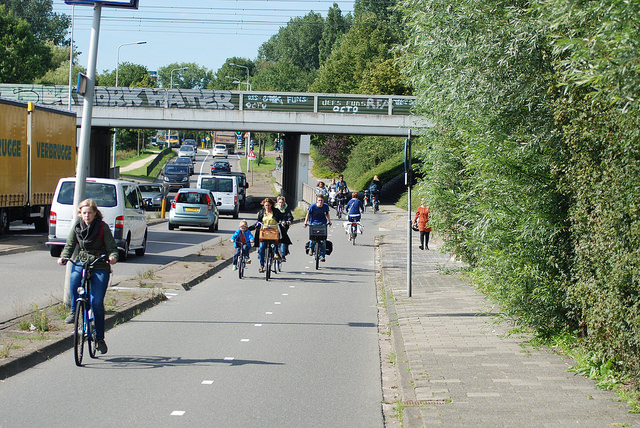 Cycle routes on busy roads are safe enough for children to use. 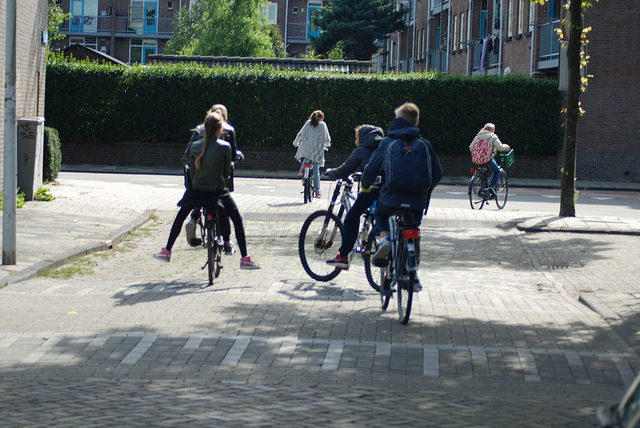 Primary school children are enabled to cycle home from school on their own. 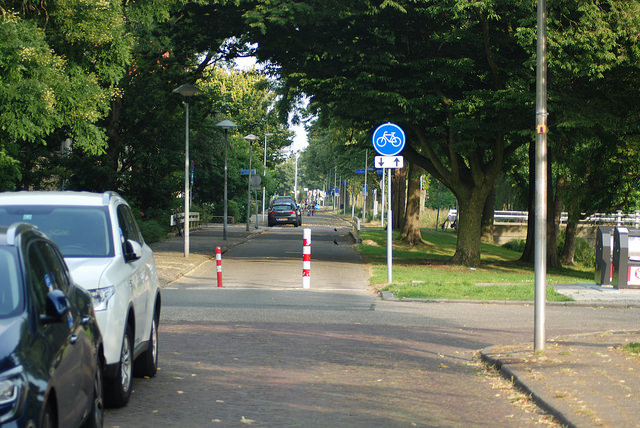 Cycling has more permeability than motoring, bollards are used to stop rat running. 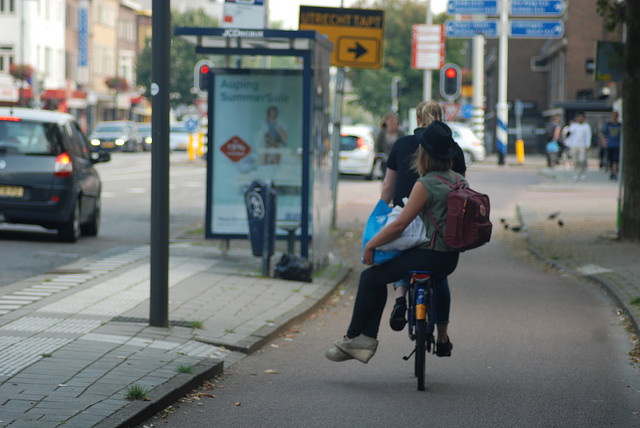 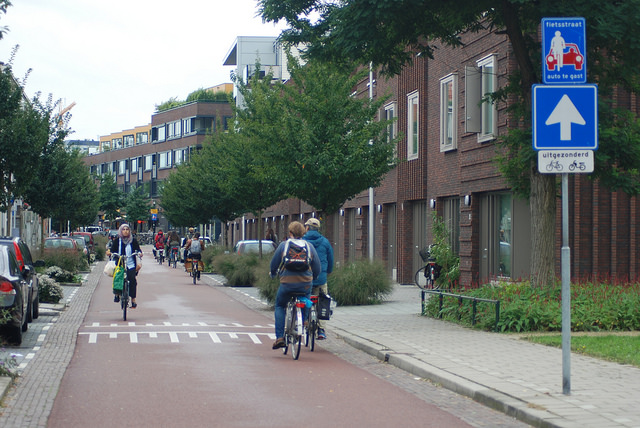 Bicycle streets where “cars are guests” allow more minor streets and roads to be turned into through routes for cycling, but motorists are limited to local access before returning to a larger road. 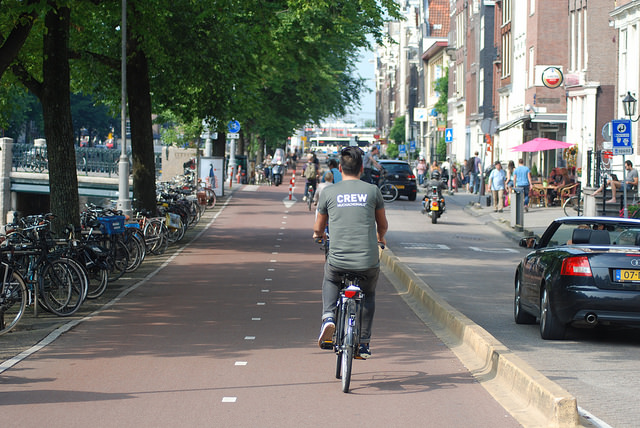 Where the risk of car parking / loading is high, ‘heavy’ segregation is used. 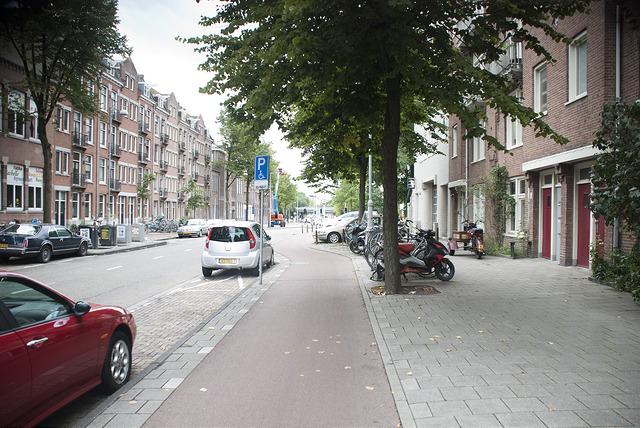 Cycle paths are protected by car parking, rather than having cycle lanes protect cars. 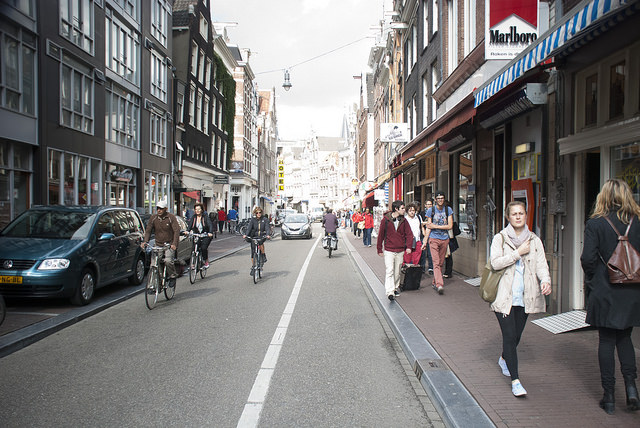 On narrower streets, cycling is allowed in both directions (including contra-flow) when motorists only go one-way. 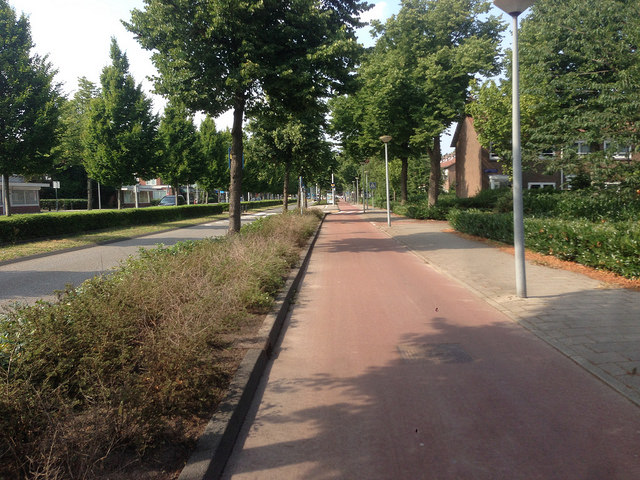 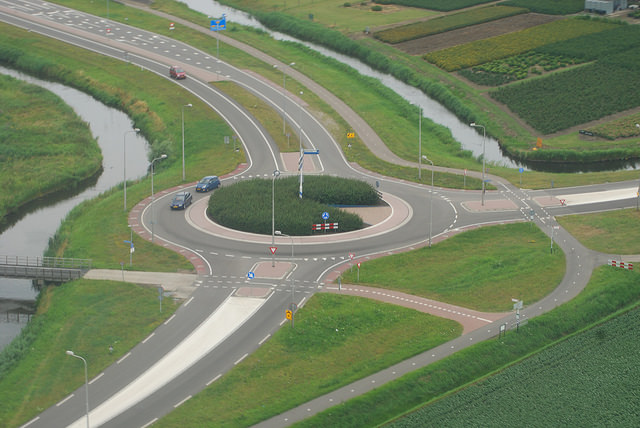 A rural roundabout and cycle paths keep people away from high-speed roads. 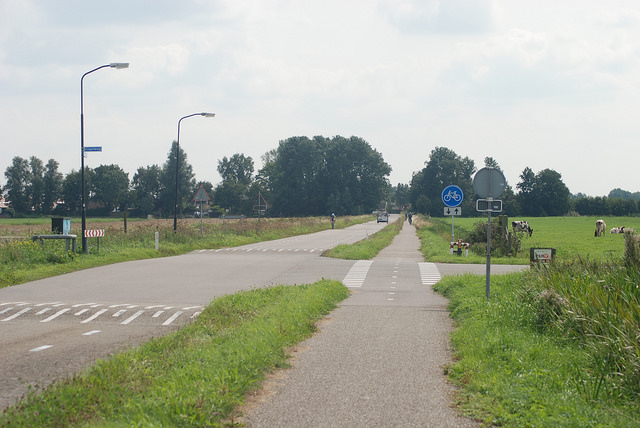 Cycling gets priority over side roads, even on many rural roads. 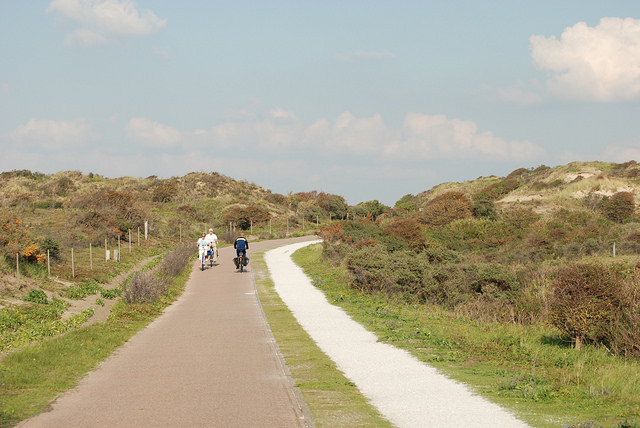 Busy greenways (like parts of the EuroVelo 12 The North Sea Cycle Route) include separate paths for cycling and walking. 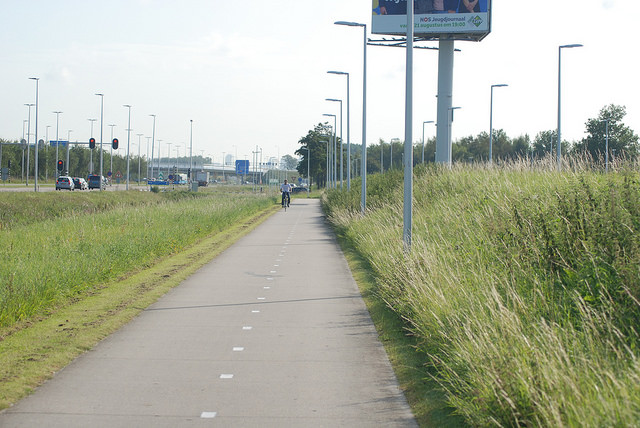